Venice and its Lagoon

Venice and its Lagoon: Venice was a powerful seafaring nation in th 10th century. The Republic of Venice once controlled numerous cities around the Mediterranean, such as Dubrovnik and Kotor. Venice is built on 118 small islands in the Lagoon of Venice. Venice is traversed by a huge network of canals, spanned by bridges. Venice is a masterpiece of architecture and art. The Rialto Bridge is the most famous bridge over the Canal Grande. The Bridge of Sighs is the most famous bridge in Venice. The Bridge of Sighs crosses the channel which separates the Doge's Palace and the prison. The Doge's Palace was the residence of the Doge of Venice. The Basilica of St. Mark is probably the most well known building in Venice. The Basilica of St. Mark was built to house the remains of St. Mark the Evangelist. The Byzantine styled basilica was consecrated in 1094. The Basilica of St. Mark is situated on the St. Mark's Square (Piazza San Marco). Musem Galleria dell'Accademia is situated close to the Accademia Bridge. The Galleria dell'Accademia in Venice houses works of the greatest artists in the world. The Peggy Guggenheim Collection is an important museum in Italy for American and European art of the first half of the 20th century. Venice and its Lagoon were declared a UNESCO World Heritage in 1987. World Heritage Art: Gondolas in Venice 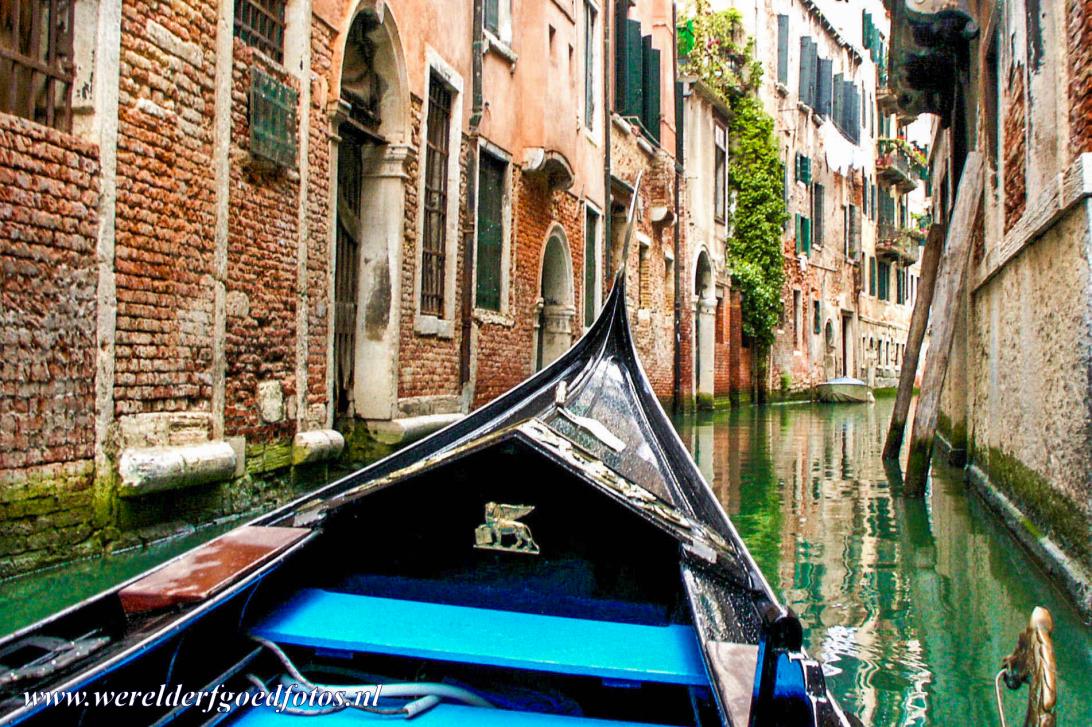 Venice and its Lagoon: A gondola sailing on a narrow canal. For centuries, the gondola was the main form of transportation in Venice, they were well suited to the conditions of the Venetian Lagoon. The gondolas are decorated with a pair of seahorses and a bronze Lion of Saint Mark. Venice and its Lagoon were declared a UNESCO World Heritage in 1987.