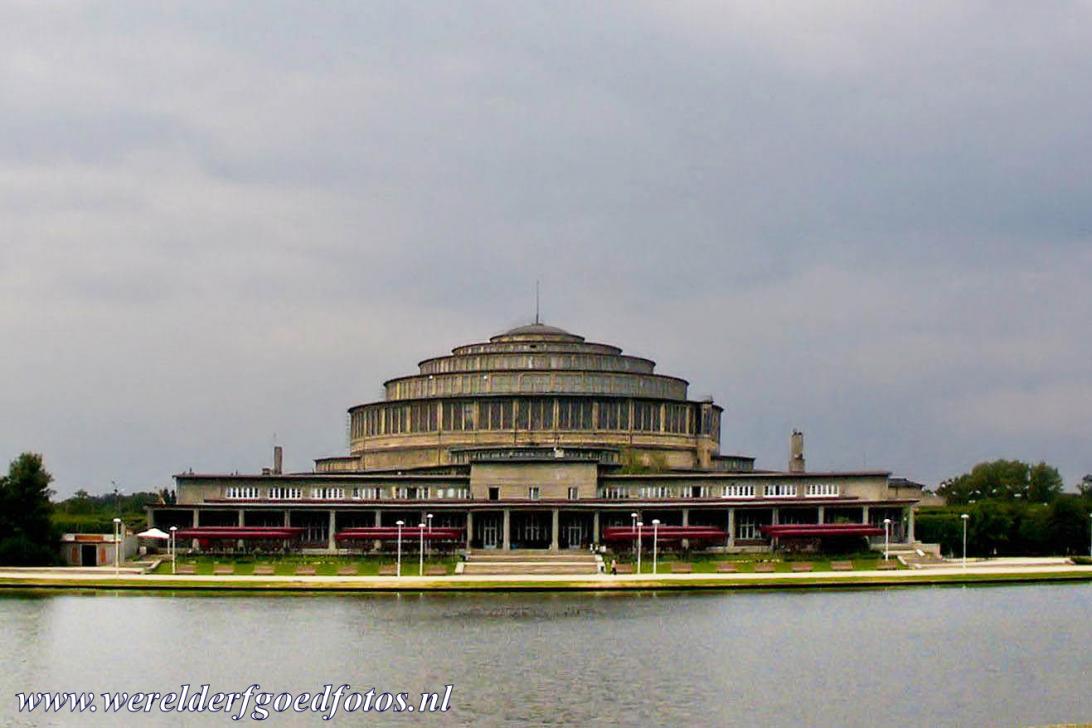 The Centennial Hall is situated in Wrocław, Poland. The dome of the Centennial Hall was made of reinforced concrete and was the largest dome in the world at the time of its construction in 1912-19130. The hall was built to commemorate the Battle of Leipzig, also known as the Battle of Nations, in 1813. The grounds include a monumental concrete pergola and a huge pond with a fountain, called the Multimedia Fountain. The pond in front of the hall becomes a popular ice rink in winter. The Centennial Hall in Wrocław was declared a UNESCO World Heritage.