Historic Centre of Guimãraes: Guimãraes is located in the Braga District in the northern part of Portugal, 57 km northeast of Porto. Guimãraes is regarded as the birth place of the country. Guimãraes played an important role in the formation of Portugal in the 12th century. Afonso Henriques, the first king of Portugal was born here in 1106. Guimãraes also was the first capital city of Portugal before it was moved to Coimbra. The historic centre of Guimãraes is known for its medieval building techniques. The Praça de Santiago and Largo da Oliveira, two pittoresque town squares in the historic centre of Guimãraes, are surrounded by the medieval buildings of the Guimãraes. The most important monuments in the city are the Guimãraes Castle, the birth house of Afonso Henriques, the later King Afonso I of Portugal, and the Palace of the Dukes of Bragança, situated on the top of Monte Latito and surrounded by a forested park, the palace is situated in the heart of Guimãraes. Several other monuments in the city are the 16th century Convent of Santa Clara, now the Town Hall of Guimãraes, and the collegiate church, the Igreja de Nossa Senhora da Oliveira, designated as a National Monument of Portugal. The Historic Centre of Guimãraes was declared a UNESCO World Heritage in 2001. 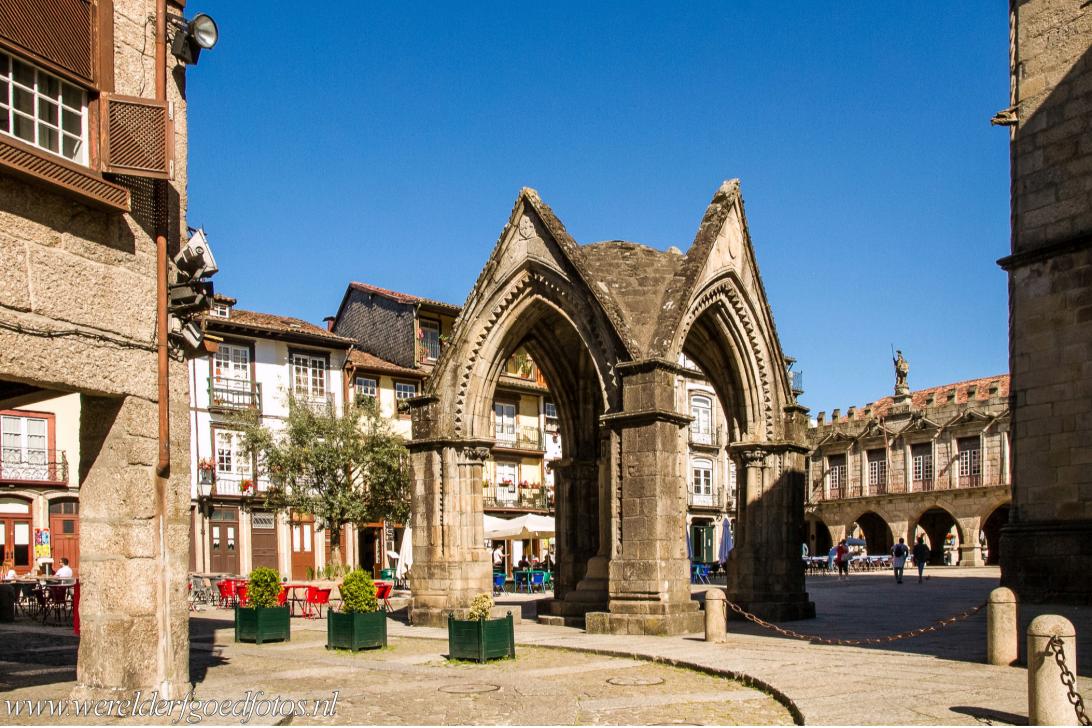 Historic Centre of Guimãraes: The Padrão do Salado in the Largo da Oliveira, the Olive Square. The Padrão do Salado is a Gothic canopy shrine, it is covering a Norman cross. The shrine was raised in 1340 to commemorate the Portuguese victory at the Battle of Salado. It is situated in front of the Igreja da Nossa Senhora da Oliveira, the Church of Our Lady of the Olive Tree.