Old Rauma is an outstanding example of a historic Nordic city constructed in wood. Rauma is a harbour town on the west coast of Finland on the Gulf of Bothnia. Old Rauma is the wooden city centre of Rauma. The houses of Old Rauma were built without nails but joined by notching and reinforced with wooden spikes, just like the Petäjävesi Old Church. The wooded houses of Old Rauma were rebuilt after a devastating fire in 1682. Most of the wooden houses date from the 18th and 19th centuries, they were built around the Church of the Holy Cross. The church was part of a Franciscan monastery, the 15th century church is the only remaining part of the monastery. The church is adorned with breathtaking medieval wall paintings, the tower was used as a maritime signpost. Old Rauma consist of some six hundred wooden houses, painted in pastel colours or in Falu-red. Most of the houses of Old Rauma are private homes. Some of them are museums, such as the house of a seafarer, the Kirsti House from the 18th and 19th centuries, and the 18th century Marela House, the house of a shipowner. The Old Town Hall was built in 1776, it houses now the Rauma Museum, one of the oldest museums in Finland. Old Rauma is situated about 22 km west of the UNESCO World Heritage Sammallahdenmäki. Old Rauma gained the status as a UNESCO World Heritage in 1991. 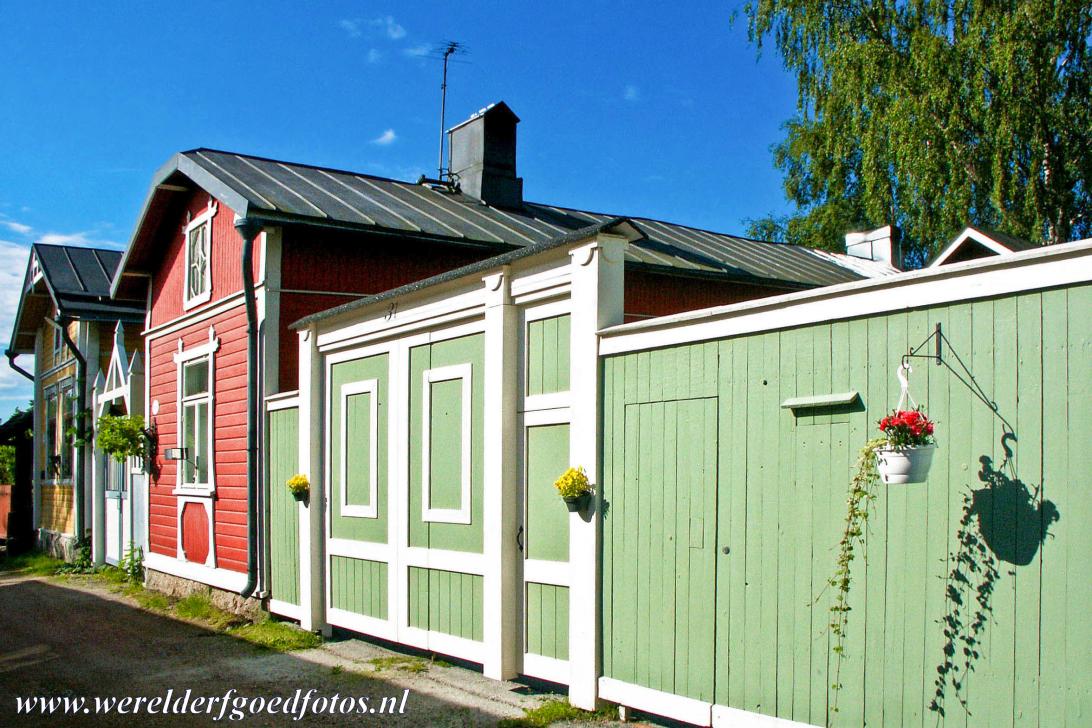