Levoča, Spišský Hrad and Associated Cultural Monuments: Levoča is a town in the Spiš region in eastern Slovakia. Levoča was located on a trade route between Hungary and Poland. In the 15th century Levoča became a rich trade centre and an important cultural centre. The historic town Levoča is still surrounded by ancient walls. The main square of Levoča is surrounded by stately town houses. The former Town Hall of Levoča is one of the leading examples of secular Renaissance architecture in Slovakia, the 17th century 'Cage of Shame' was used for public punishment of scoundrels. The Church of St. James houses a Gothic altar made by Master Paul of Levoča, the wooden altar (18.62 m high) is the largest of its kind in Europe. Master Paul of Levoča was one of the best Medieval woodcarvers, he lived and worked mostly in Levoča. The ruin of Spišský Hrad is often regarded as the national symbol of Slovakia. Spišský Hrad is one of the most visited sites in the eastern part of Slovakia. Spišský Hrad (Spis Castle) is standing on the top of a hill and is dominating the surrounding countryside. The castle was built in the 12th century. In the 15th century it became the residence of the nobility. Thanks to the massive fortress walls this guard of the Spiš region was never conquered in battle. It took a raging fire in 1780 to reduce Spišský Hrad to ruins. Associated Cultural Monuments: Spišské Podhradie, one of the few remaining synagogues of the Spiš region can be found in this small town; the village Spišská Kapitula, still surrounded by its ancient walls with the Upper Gate and Lower Gate, the St. Martin's Cathedral and all the other religious buildings in Spišská Kapitula; the 14th century Church of the Holy Spirit in Zehra. Spišský Hrad and the Associated Cultural Monuments gained the status as a UNESCO World Heritage in 1993. Extension of the site in 2009: The historic town of Levoča. The UNESCO World Heritage was inscribed on the UNESCO World Heritage List as: Levoča, Spišský Hrad and the Associated Cultural Monuments. 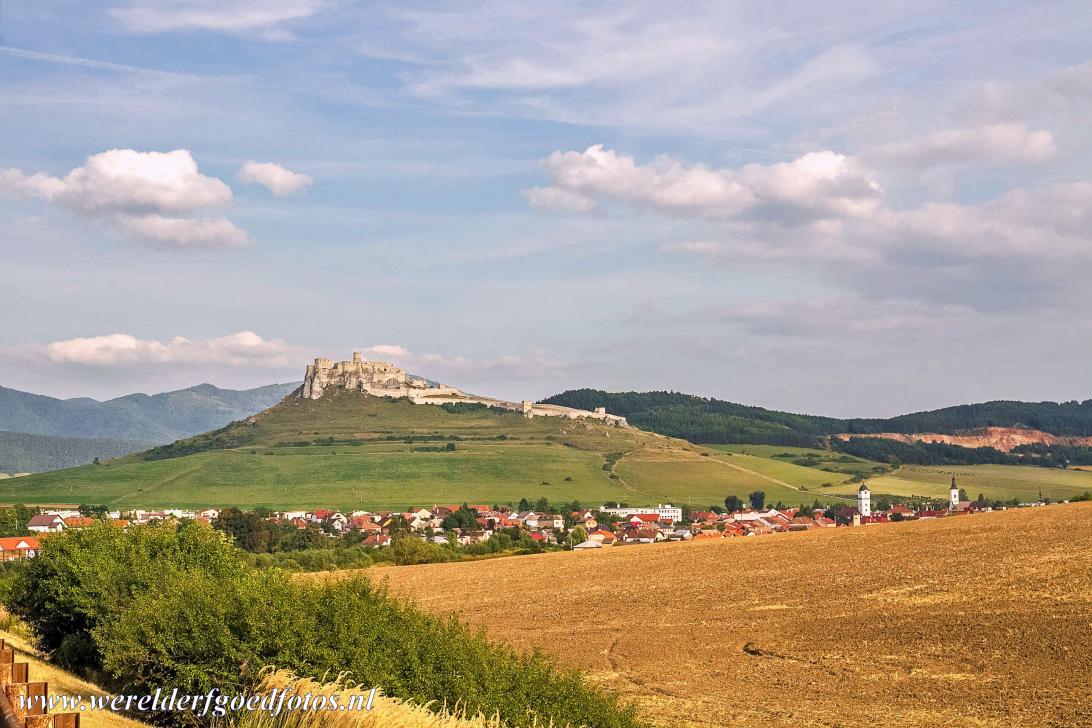