Agricultural Landscape of Southern Öland: The Island of Öland is located in the Baltic Sea, just off the east coast of Sweden. People have lived here for more than 5000 years and left their mark on the unique landscape of Southern Öland. There are traces from different ages, from prehistoric times until the present day, among them Iron Age settlements and ancient grave fields. Gråborg Fortress is the largest Iron Age ring fortress of Sweden. Gråborg Fortress and 19 other similar constructions on Öland were built in the centuries during which the Roman Empire was collapsing. Seby is one of the largest ancient burial grounds of Öland including 285 graves, the burial ground was used until the Viking Age. The southern part of Öland is dominated by the Stora Alvaret, the Great Alvar. A great assortment of vegetation is found on the limestone plateau of Stora Alvaret. The first systematic study of the Stora Alvaret was undertaken by the Swedish botanist Carl Linnaeus, he observed the variety of unusual wild flowers that were able to survive in the sparse soil that covers the limestone. In the 19th century, Öland had about 2000 windmills, some 400 have survived today. Nowadays, the wooden windmills are a symbol of the Island of Öland. The Agricultural Landscape of Southern Öland is located about 100 km northeast of the UNESCO World Heritage Naval Port of Karlskrona. The Agricultural Landscape of Southern Öland was declared a UNESCO World Heritage in 2000. 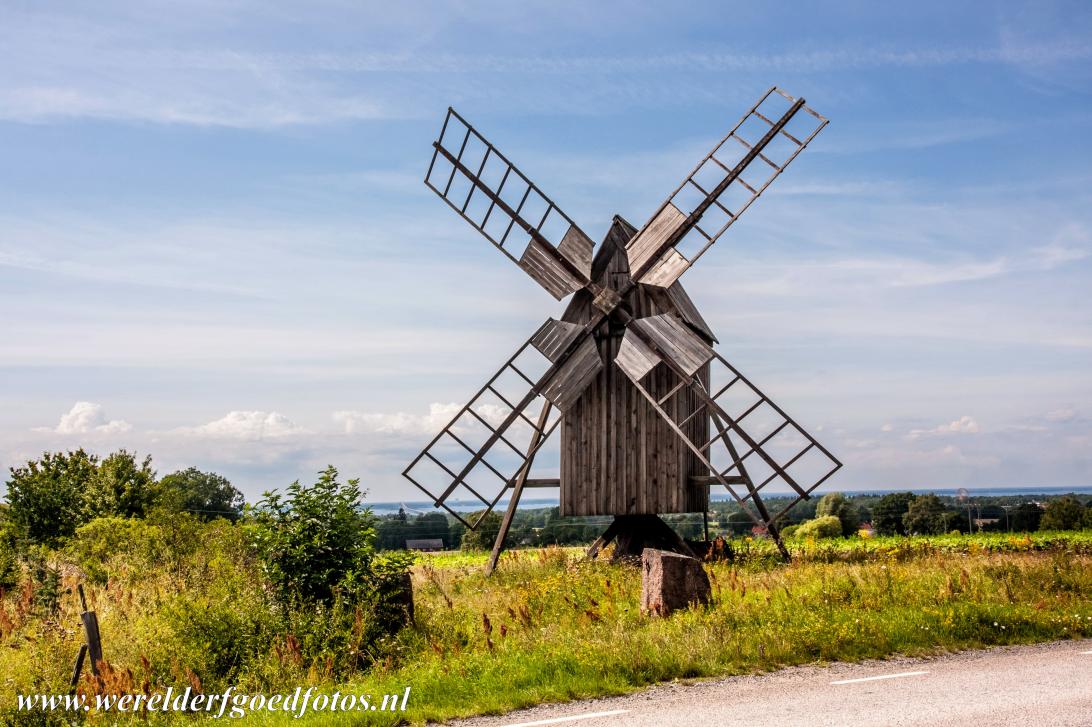