Røros Mining Town and the Circumference: Copper was found in the Røros Mountains in 1644. The first furnace was built near a waterfall in the river Hyttelva in 1646, and workers flooded to Røros to work in the copper foundry. The Røros Mining Town was founded on account of the copper mines in 1644. The Circumference is the name of the area that was drawn as a circle, based on the discovery of copper ore in the Røros Mountains. Røros Copperworks was awarded the rights to the natural resources and provided with the necessary labour to extract copper ore within the Circumference. The Røros Church was built of stone and completed in 1784, its tower is adorned with symbols of the mine. It is one of Norway's largest churches and also one of the ten most important churches in Norway. The mines are located outside of Røros. A guided tour of the Olavsgruva allows visitors to wander through more than 300 years of mining history. The tour extends 500 metres inside the mountain and 50 metres under ground level. The Winter Route was used from November to May. At that time, there were no railways and no cars, the goods were transported by sleighs. The winter routes formed a large network over the country, linking the copper mines to the main roads. The mines were closed after 333 year of mining. Røros Mining Town and Circumference gained status as a UNESCO World Heritage in 1980. World Heritage Art: Winter in Røros. 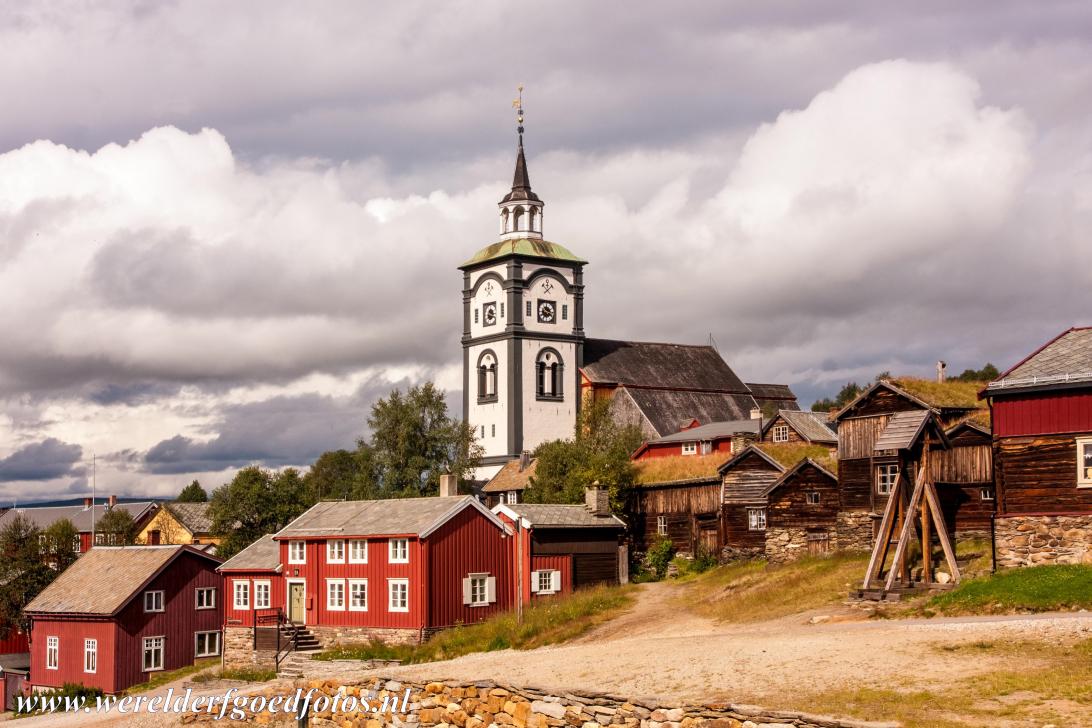