Monasteries of Meteora: The Meteora region is situated in northern Greece, about 352 km from Athens. Meteora is surrounded by imposing sandstone rock formations. The rocks rise over 400 metres above the Peneas Valley. In the 14th century, Greece was ruled by the Ottoman Empire, many monks found a refuge on the top of the rocks of Meteora. Several monasteries were built on top of the rocks in the 14th and 15th centuries. The monasteries of Meteora were built under impossible conditions. The early monasteries were only reached by climbing and via removable rope ladders. Now, from the 24 monasteries only six remain active. Megalo Meteoro Monastery was built upon the highest rock. Megalo Meteoro is the largest monastery in the Meteora area. The Varlaam Monastery was built in 1541-1542. The Varlaam Monastery houses an important collection of ecclesiastical treasuries and Byzantine frescoes. The Roussanou Monastery was founded in 1545. The church of the Roussanou Monastery is adorned with religious icons and frescoes. The Agia Triada (Holy Trinity) was founded in 15th century, this monastery was used as a film location for the James Bond film For Your Eyes Only. The other active monasteries are the Agios Stefanos and the Agios Nikolaos Anapafsas. The uninhabited Ypapanti Monastery is the only monastery that was constructed inside the cavity of a rock. Meteora gained the status as a UNESCO World Heritage in 1988. Meteora is a mixed cultural and natural World Heritage. 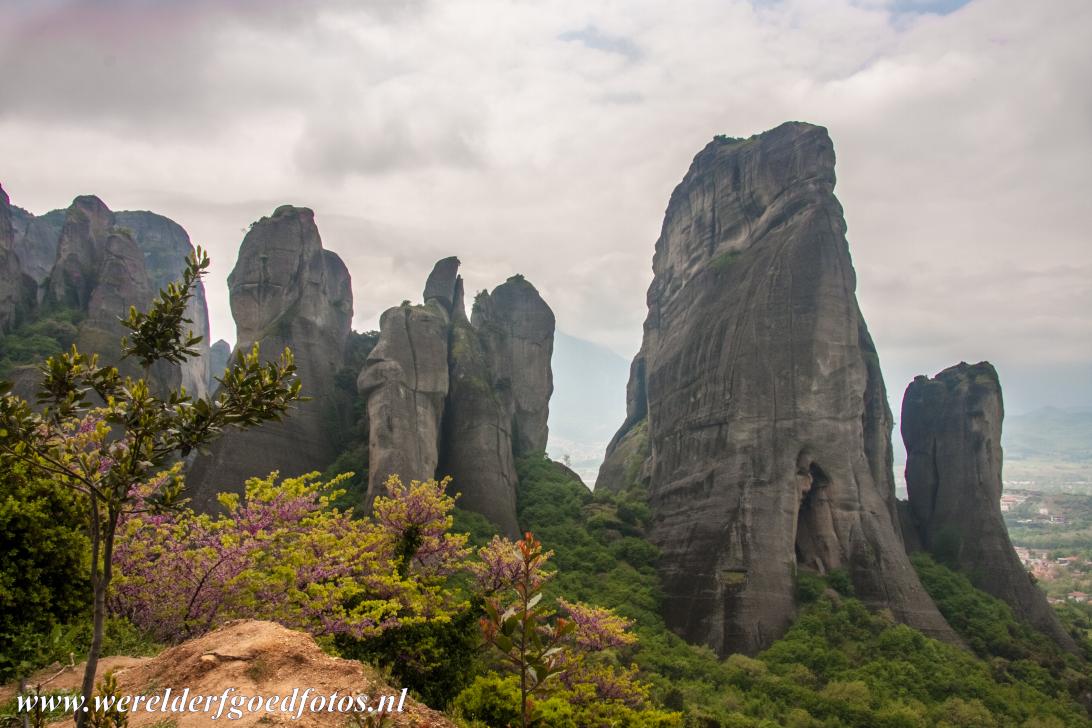 The Meteora region is situated near the town of Kalambaka and the village of Kastraki in Greece. Kalambaka and Kastraki are surrounded by the stunning sandstone rock formations of Meteora. The huge rocks rise over 400 metres above the Peneas Valley. In the 14th and 15th centuries, 24 monasteries were built on top of the rocks. Meteora became a UNESCO World Heritage in 1988.