Old City of Bern: Bern was founded in 1191. The Old City of Bern is located on a narrow hill, surrounded on three sides by the Aare river. The Old City of Bern is built on uneven ground, there are several dozens meters in difference of height between the city districts down the Aare to the higher ones. After a fire in 1405, the original wooden buildings of the Old City of Bern were replaced by truss houses and later by the characteristic sandstone houses. Despite the fire and the construction of new buildings in the 18th century, the Old City of Bern retained its medieval character. The Zeitglockenturm or Zytglogge with its famous astronomical clock is a symbol of the city of Bern. The astronomical clock dates from the 15th century. The tower was built in the 13th century as the West Gate. Bern became the capital of Switzerland in 1848, the Federal Palace of Switzerland, an university and museums were built. The bell tower of the Bern Minster's is the highest (100 metres) tower in Switzerland. The largest bell of the Bern Minster (10.5 ton) was cast in 1611 and is also the largest bell in Switzerland. Most of the streets of the old city of Bern have arcades on both sides with shops underneath. The six km of arcades are the longest covered shopping area in Europe, a shoppers' paradise. There are over hundred public fountains in the Old City of Bern. The 15th century arcades and 16th century fountains are an important part of the UNESCO World Heritage Old City of Bern. Bern is located about 66 km from the UNESCO World Heritage Watchmaking Towns La Chaux-de-Fonds and Le Locle. The medieval city centre of Bern was inscribed on the UNESCO WOrld Heritage List in 1983 as: Old City of Berne. World Heritage Art: The Berner Fricktreppe 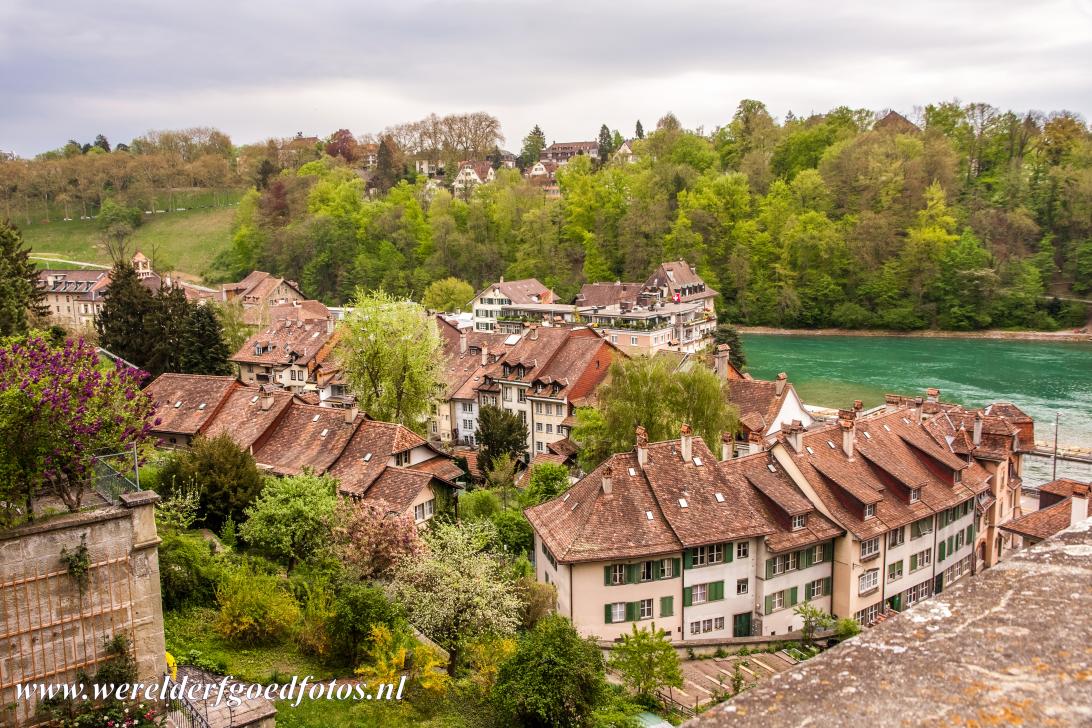