Plitvice Lakes National Park is one of the most beautiful natural phenomena in Croatia. The national park is situated roughly halfway between the town of Zagreb and the town of Zadar. The Plitvice Lakes consist of more than 90 waterfalls and 16 named lakes. The 16 lakes are divided in 12 Upper Lakes, the Gornja jezera and 4 Lower Lakes, the Donja jezera. The Plitvice Lakes are separated by natural dams of travertine. The lakes are filled with fish. The amazing colours of the Plitvice Lakes change constantly, the colours are ranging from turquoise to green, azure or grey. The Plitvice Lakes are inter-connected by a series of waterfalls. The woods are populated by rare bird species, deers, brown bears, wolves and reptiles. In early spring, the forest floor is covered with wild flowers, such as anemone, lungwort and wild clover. Plitvice Lakes National Park gained the status as an UNESCO World Heritage in 1979. World Heritage Art: The Fallen Lakes of Plitvice 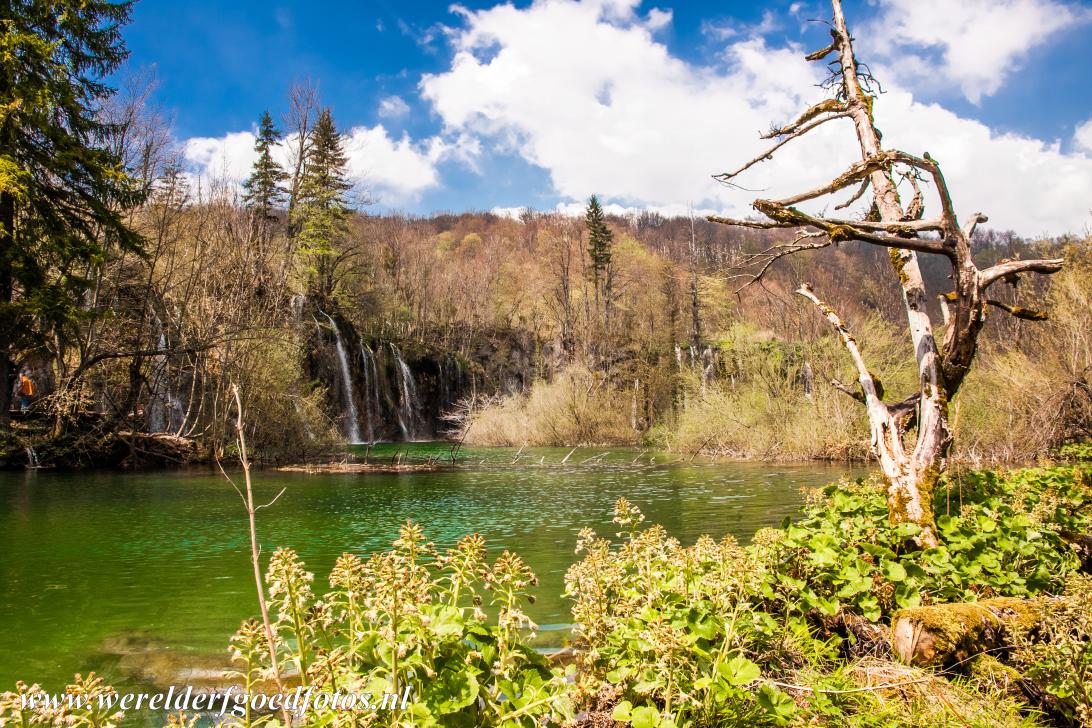