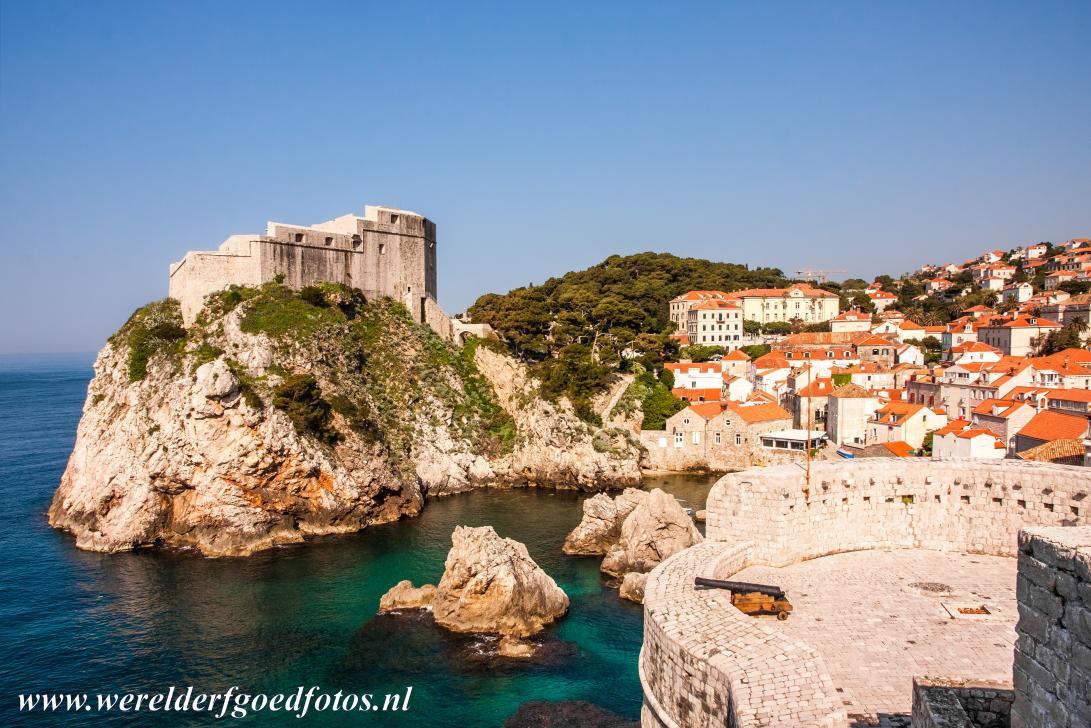 Old City of Dubrovnik: The St. Lawrence Fortress or Lovrijenac (on the left hand side) was built in the 11th century. Fort Bokar (on the right hand side) is probably the oldest casemented fortress in Europe. Fort Bokar was built in 1461-1463 and is the keypoint in the defense of the Pile Gate. The Old City of Dubrovnik was inscribed on the UNESCO World Heritage List in 1979.