Historic City of Trogir: Trogir is situated on an island in the Adriatic Sea, off the Croatian coast. The Historic City of Trogir is a remarkable example of urban continuity. Trogir was founded by the Greeks in the 3rd century BC. The street plan of Trogir dates back to Ancient Greece, the two main streets cardo and decumanus are still in use. In the 9th century Trogir became part of the Byzantine province of Dalmatia with the capital city in Zadar. The city of Trogir was ruled by Hungary in the 12th century, by Venice from 1420 until 1797 and by Austria from 1797 until 1918. Trogir was part of former Yugoslavia and today it is a city in Croatia. The Cathedral of St. Lawrence is the most imposing monument in the Old City of Trogir. The cathedral is the best preserved Romanesque cathedral in Croatia. The construction of the Cathedral of St. Lawrence lasted several centuries and illustrates all the successive styles in Dalmatia. The construction started in the 13th century and was completed in the 17th century. The main west portal is a masterpiece of the Croatian artist Radovan, the portal is decorated with two sculpted lions, on their backs are the figures of Adam and Eve, which is also seen at the Šibenik Cathedral. The Blessed Orsini Chapel is considered the most beautiful Renaissance monument in Dalmatia. From the Venetian period many outstanding Renaissance and Baroque buildings remain, such as the San Marco Tower and the Kamerlengo Castle. The Historic City of Trogir is located about 28 km from the UNESCO World Heritage in Split. The Historic City of Trogir gained the status as a UNESCO World Heritage in 1997. 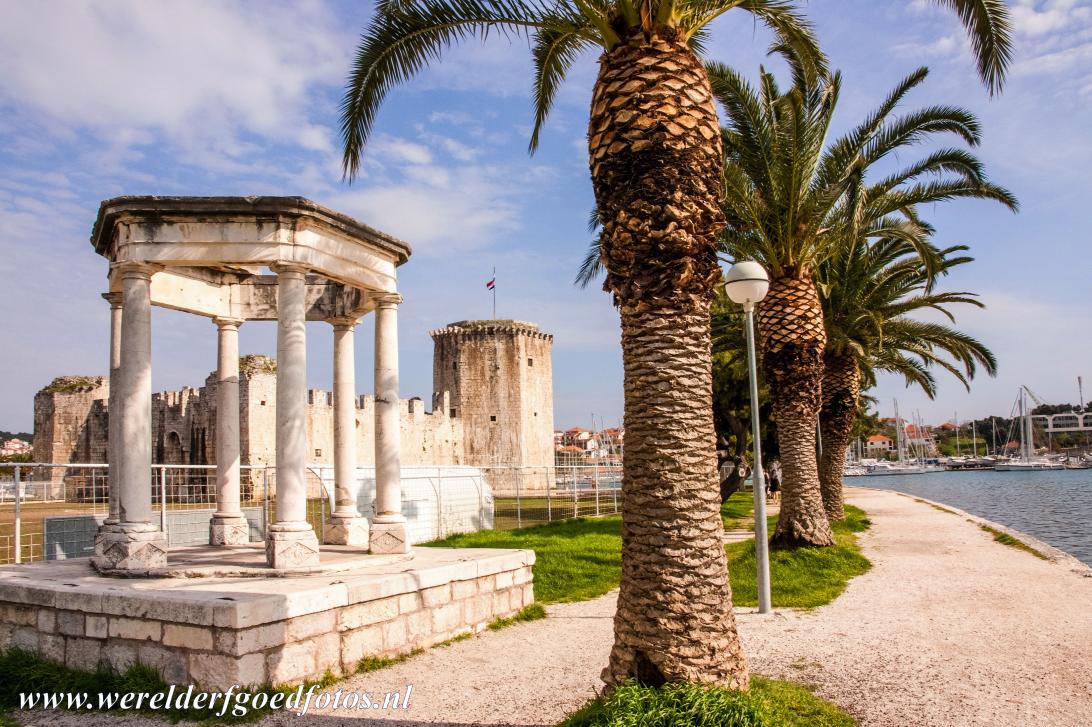 Historic City of Trogir: The Marmont Glorijet. Napoleon Bonaparte took power over Dalmatia in 1806 and called it the Illyrian provinces, he ruled it until 1814. The Glorijet was built in honor of Auguste de Marmont, the French governor-general of the Illyrian provinces. The Glorijet stands only a few metres from the seaside. The Historic City of Trogir gained the status as a UNESCO World Heritage in 1997.