Piazza del Duomo, Pisa: The Piazza del Duomo is the main square of medieval Pisa. The square is also known as Piazza dei Miracoli (Square of Miracles). The Piazza del Duomo is considered as an important site of European medieval art, the square houses a group of four masterpieces of medieval architecture: Pisa Cathedral; the Baptistery of St. John; the Camposanto Cemetery and the Leaning Tower. From the 11th century until the 14th century, these four great masterpieces of medieval architecture had a great influence on the architecture in Italy. The Leaning Tower of Pisa is the freestanding bell tower of Pisa Cathedral and is probably the most famous tower in the world. The construction of the tower started in 1173 and lasted almost two centuries. The tilt of the tower started already during its construction, caused by an inadequate foundation. The tilt increased before the tower was completed. It is said that the astronomer Galileo Galilei carried out the experiment of the Motion of Falling Objects at the Leaning Tower, but there is no historic evidence for this legend. A true fact about Galileo Galilei, while he was in Pisa Cathedral, he discovered the Law of the pendulum. The Piazza del Duomo in Pisa gained the status as a UNESCO World Heritage in 1987. World Heritage Art: Galileo Galilei and Leaning Tower 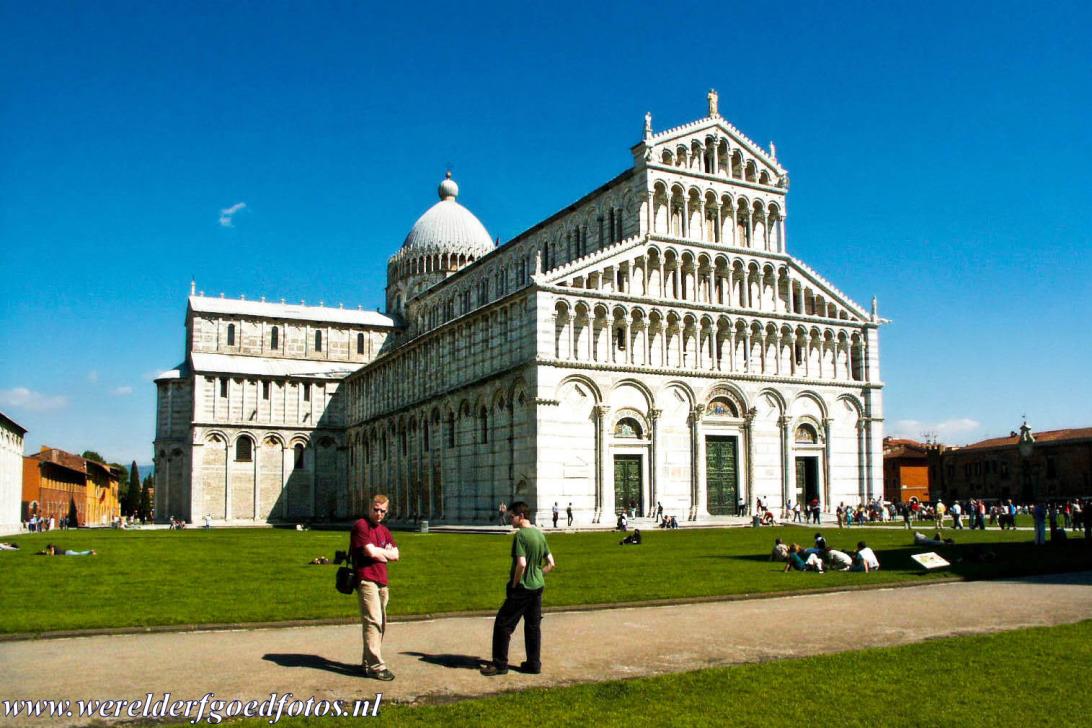